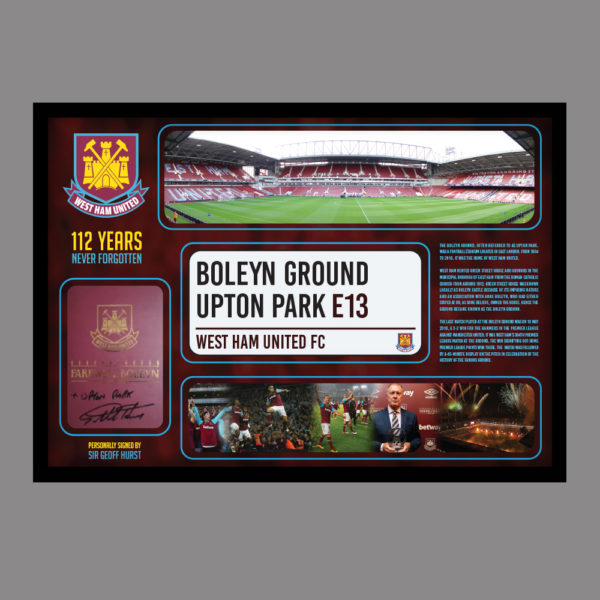 This impressive piece is dedicated to its memory and the final match played at this historic stadium on May 10th 2016 – A 3-2 victory against Manchester United.

It incorporates a Boleyn Ground street sign as well as the Official Matchday Programme that has been personally signed by West Ham and England Legend – Sir Geoff Hurst.

The picture has been professionally framed and measures approx. 60cm x 90cm.

The signature is 100% genuine and not a copy. It has been supplied by A1 Sporting Speakers who are Sir Geoff Hurst's official UK agents and arrange many sporting events with sport stars from around the globe.

Delivery is FREE and item will be delivered within 5 working days within the UK.

Copyright © Star Signed is a trading company of Novo Print Ltd (company number 10184080). All Rights Reserved. BACK TO TOP